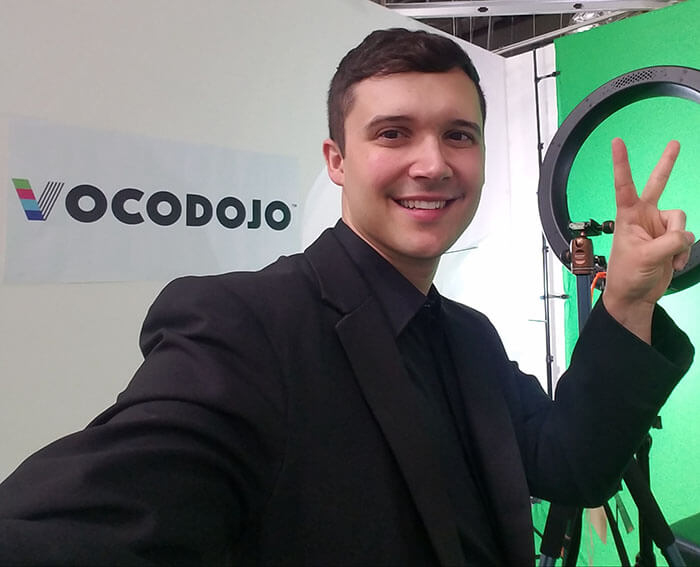 Music world, I would like to introduce you to Vocodojo™. Whether you’re an award- winning recording artist or a shower singer, there is something for you at Vocodojo™. Here at Vocodojo™, we would like to offer all singers, voice students, voice teachers, voice gurus, and vocal alchemists a new philosophy about the singing voice, a holistic voice training program, and a diverse and welcoming community

My name is Erik Landry, M.S. CCC-SLP. As a singer, voice teacher/vocal coach, and Voice Pathologist, my life is all about the voice! I’ve been singing for as long as I can remember, but I was always curious about how the voice works and how to develop the voice. After years of professional singing experience with a variety of groups and production companies, I decided to go back to school to become a Speech-Language Pathologist with a specialization in professional voice. My specialization allows me the privilege of working with people of all experience levels. From beginners who want a foundational understanding of the singing voice, to elite vocal athletes who want to comprehensively train their singing voice so they can meet the demands of their rigorous performing schedules.

I was born in Connecticut and I’ve been singing for as long as I can remember! I first began singing in front of an audience at O’Connell Elementary School under the direction of the super hero music teacher, Maureen Waxenberg. Having observed my passion for singing and acting, my mother decided to enroll me in Starlight Theater in East Hartford, Connecticut where I performed in several musical productions. My vocal studies were brought to the next level at East Hartford High School while singing under the direction of the incredibly talented and inspiring Jereme Martineau in the award-winning show choir, Jazzappella. During this time I also received private voice lessons with Azara of Azara Productions and I attended a number of singing workshops and vocal performance camps.

The pursuit of the vocal arts has brought me behind the microphone singing rock, pop, jazz, country and folk songs, to the tenor section of many concert choirs and chamber choirs, to a cappella groups, to church rafters singing next to magnificent organs, to musical theater and opera stages, and to the recording studio. My hunger to learn more about the voice was profound!

After a serendipitous encounter with a music teacher who had experienced a vocal injury and then healed her vocal cords with voice therapy, I decided to go back to school to become a Clinical Voice Pathologist. Before I could be licensed to rehabilitate the voices of injured singers, I needed to earn a Bachelors of Science in Communication Sciences and Disorders and a Masters of Science in Speech-Language Pathology, both of which I proudly received at Southern Connecticut State University.

My academic pursuits also offered me the opportunity of a lifetime to be a part of a phenomenal research team at Yale-Haskins Laboratories under the supervision of Dr. Jonathan Preston. As fortunate as I had been in my academic and professional developments, the pivotal moment came when I was personally invited to receive my clinical voice pathology training by Starr Cookman — co-author of The Voice Book and the same voice therapist that healed my friend’s vocal cords… the epitome of synchronicity!

While at UConn Health in Farmington, Connecticut I received priceless training in evaluating vocal cord movements with videolaryngostroboscopy and rehabilitating professional voices through a myriad of voice therapy and singing techniques. I hit the jackpot of clinical supervisors with these brilliant and gifted Speech-Language Pathologists: Starr Cookman, Patricia Doyle, and Karen Collins.

After grad school I drove across the country to Las Vegas, Nevada for a post-graduate clinical fellowship in Speech-Language Pathology. Another pivotal opportunity came when I was hired as the first Clinical Voice Pathologist at the premiere Ear, Nose, & Throat practice in Las Vegas. My position there offers me the privilege of evaluating and rehabilitating voices from around the world, from everyday people who just want to communicate with their friends and families, to grammy and emmy award-winning singers and voice actors! My years of experience singing, teaching voice lessons, evaluating the human body as an instrument for the voice and rehabilitating voices have been incredibly rewarding. It is with these precious insights that I feel the immense need to give back. 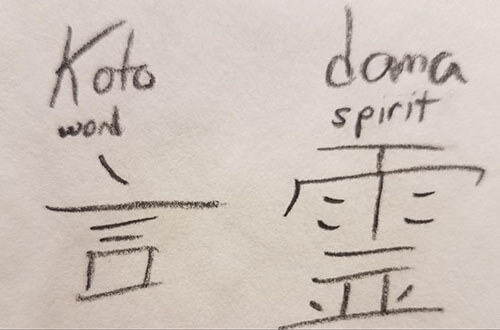 In addition to singing and voice science I have always been very interested in Eastern Philosophies and Martial Arts. These interests compelled me to enroll at a dojo in my home town and studying Buddhist Philosophy in college. Little did I know the magnitude of the foundation that I was building while studying at Martial Arts Unlimited with Rich Kohler as my sensei. I was deeply inspired by his superhero-like abilities, his self-discipline, and his ability to tap into the potential of his students.
Above all, I admired his passion and respect for the art form and I loved the sense of community that he created at his dojo. Under his guidance, I strengthened, toned, and coordinated my body in a structured and hierarchical manner and within a supportive network of students and instructors. In awe of the school that he created, I would often think about what it would be like to start my own dojo.

On a mild spring day, about year and a half ago, I was pondering the Japanese philosophy Kotodama, which is translated into “sacred sound”. The concept had been resonating with me for a few years, but a deep sense of responsibility came over me. I was inspired to create something that I felt could enlighten people about the singing voice, something that could prepare singers for the physical demands of singing, and something that could unite singers of all genres of music. On May 28, 2017, I put pencil to paper and Vocodojo™ was conceived out of this image.

This image is a symbol of the human instrument and the elemental characteristics that work synergistically to produce the singing voice. Here’s what makes Vocodojo so unique! The Vocodojo philosophy is that every voice is the product of the elements: Earth, Air, Fire, and Water. 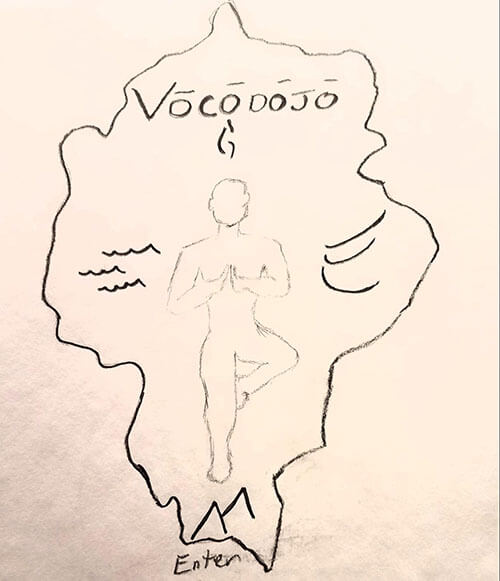 The prefix “Voco” comes from the term “Vocology”, which is the study of improving the singing voice .The suffix “dojo” is Japanese in origin and it is translated as the “place of the way.” With Vocodojo™ I hope to offer all singers a place to learn the way to improve the voice.

At the time, I had no idea how much work I’d be setting myself up for, but I knew that I was 100% committed to bringing it to life. I quickly realized that Vocodojo was a brainchild that was a lifetime in the making. And for that, I must thank my family for supporting me in all of my singing and martial arts endeavors, my voice teachers for helping me understand the importance of a good vocal warmup, my clinical supervisors for guiding me through the tapestry of all things voice, my martial arts sensei for teaching me discipline and respect for the process of body coordination and strength training, and my clients for allowing me to walk with them on their vocal journeys. All of you have taught me so much. Not only about the voice, but also about the importance of being part of a community.

The voice is the most beautiful and complex instrument! Many people want to learn how to sing, but they don’t know where to start. Other people already feel like they have a solid grasp on the art of singing, but they want to learn more about it. Whatever your experience is, Vocodojo would like to offer you a comprehensive series of vocal warmups and calisthenics that you can practice at your convenience. Within Vocodojo™ you will find 3 voice training levels and each level contains 20 short vocal warmup videos. The Ultimate Vocodojo™ is the combination of all 3 levels for a total of 60 vocal warmup videos for singers with a wide range of experience. These videos have been specifically selected to improve the awareness and coordination of the physiological subsystems that contribute to the singing voice. As you progress from exercise to exercise and advance from level to level, you will deepen your connection to your vocal instrument. The improved mind-body connection is one of the primary goals Vocodojo™. Our goal is to empower you with a hierarchy of skills so you can express yourself in a manner that is truest to who you are as a singer.